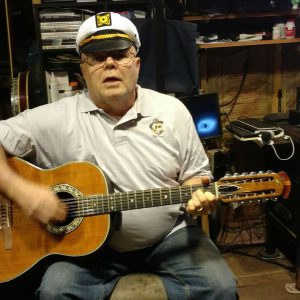 The Nefarious Ferrets are Frank and Donna Parker of Gastonia, NC. Meeting each other in 2006 at ConCarolinas they soon realized they had many things in common. Science fiction, a love of music, and of course both are avid animal lovers who both adore ferrets. It was a match made in fandom and the following year at ConCarolinas 2007, they were married. Donna grew up moving around as a Navy brat. She had studied piano for a summer as a child, and enjoyed music but not practicing. A trip to the library ended up with a discovery of Isaac Asimov and Arthur C Clark. This led to a love of sciene fiction and fantasy. That love led to other bad habits, like attending and working at Science Fiction conventions. She was working Reg at a SF Convention when her daughter had trouble finding a badge for one of the attendees. It was filed as “Filkferret” instead of “Frank Parker.” And the rest is history.

Frank is originally a New England native transported to South Carolina in 2002. A self taught musician he plays a combination of folk and filk music. He has been writing and performing at science fiction conventions and house filks as FilkFerret since 1998, though he has been fiddling with music since the ‘great trombone disaster’ many years (and that is many) ago in third grade. He has several awards in the filk community and has been a finalist two years in a row for songs composed for the Mars Society’s Rouget d’ Lisle contest for songs celebrating the cause of the human exploration and settlement of space. These were “The Green Hills of Terra” and “Spreading Our Wings” (co authored with Utah filker Dawnya Thill). His signature song “Take it One Step and One day at a Time” shared first place at Conterpoint 3 in 2000 for best serious filk and “Inherit the Heavens” took third place at the Ohio Valley Filk Festival OVFF in 2002 for the theme “for our children”.

The Nefarious FilkFerret’s major purpose musically is to spread the genre’ Filk (like the seeds of a dandelion). 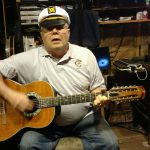